Doctor Who: How Norfolk man created Dalek and Tardis sounds

With the screening of the 50th Anniversary Dr Who Episode ‘The Day of The Doctor” this weekend, an interesting report of the early sound effects design work, done by sound engineers at the BBC Radiophonic Workshop caught my eye. As is always the case, lateral thinking, a tight deadline and creativity always win the day.

reproduced here from an online article by By Paul Hayes and Martin Barber :
BBC News Website 23/11/13

A broken-down Sunday school piano and the key to a mother’s front door were the unlikely origins to unlocking one of the most recognisable sounds in Doctor Who history.

But for Brian Hodgson, a former BBC Radiophonics Workshop sound engineer, these basic items were the starting point for creating the distinctive, unearthly, sound of a Tardis – the sometimes temperamental vehicle of the Time Lords.

As Doctor Who marks its 50th anniversary, Mr Hodgson, who now lives on the Norfolk Broads, remembers: “It was quite difficult as everybody knew rockets went ‘bang, whoosh’ – but what does a time machine do?”

“It doesn’t go up, it doesn’t go down, it goes everywhere at once. The thing I had in my mind was that it should be coming and going, and very vague.”

Mr Hodgson, 75, joined the workshop in 1962 after working as an actor and stage manager.

On how the Tardis should sound, he said: “I don’t know who thought of it, but we came up with the ‘rending of the fabric of time and space’. I was in a cinema and in the interval I had a programme and I drew it – exactly how I wanted it to go together.

“I’d done a programme called The Survivors where we had to have the sound of a ship scraping on the rocks, and the piano sounds I’d used for that, very slowed down, seemed a good starting point. 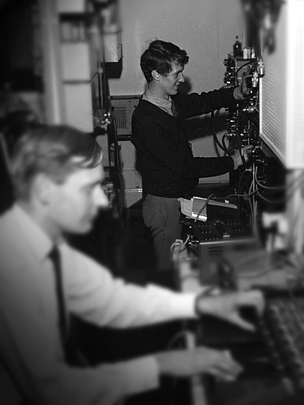 “I got my bunch of keys out, I got my mum’s front door key and scraped that up the strings. We did that several times on the bass strings on an old Sunday school piano that had been taken apart.

“So we took those and speeded them up, slowed them down and cut several of them together and started to add feedback to get that echoey sort of thing.”

Mr Hodgson told BBC Radio Norfolk he remembers the Doctor Who team liked his sound of the Tardis. It had taken him three weeks to create, but it still wasn’t quite right.

“They came to listen to it and said they liked it, but there was something missing – why hadn’t I put a rising note in it?

“I said ‘time machines don’t go up, they go everywhere’. They said ‘well we think it needs it’. So I put the rising note in it with loads of feedback and the Tardis was born.

“Unfortunately, I’d spent so much time on the sound of it taking off, when we were asked for it to land I only had three days to sort that out. So I literally played it backwards, again with loads of feedback on it, and put a great big bang on the end of it.”

As the original sound effects creator on the programme, Mr Hodgson was also responsible for designing the dictatorial modulated tones of the Daleks, whose leader Davros was played by Norfolk’s Terry Molloy for three seasons of the classic series.

During his 10 years working at the workshop on Doctor Who, in addition to the Tardis, Mr Hodgson also created the sounds of invading Cybermen, the Dalek control room and the Time Lord courtroom.

“I’d done a voice treatment for a rather posh robot in a radio play called Sword From The Stars,” he said.

“I’d experimented with my own voice and a ring modulator and it seemed to work. So when the Dalek thing came up I thought the modulation thing will probably work as it will grate, but we needed an actor to do the voice, so we got Peter Hawkins in. 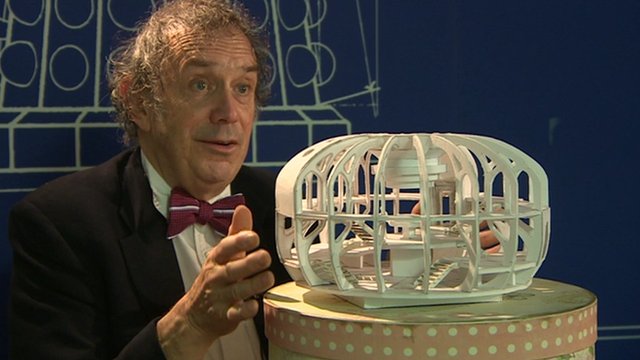 “Peter came up with the typical Dalek staccato and I asked him to elongate all the vowels because you only hear the modulation on the vowels.

“If you modulated the consonants they disappear and you can’t hear it – so he did it on all the vowels and that became the Dalek voice.”

After the Daleks appeared in the series in 1963, Mr Hodgson asked producer Verity Lambert if they could have one for the workshop.

He remembers she said that they could have one after the show ended.

“We never got it of course,” he said. “The series had been renewed.”